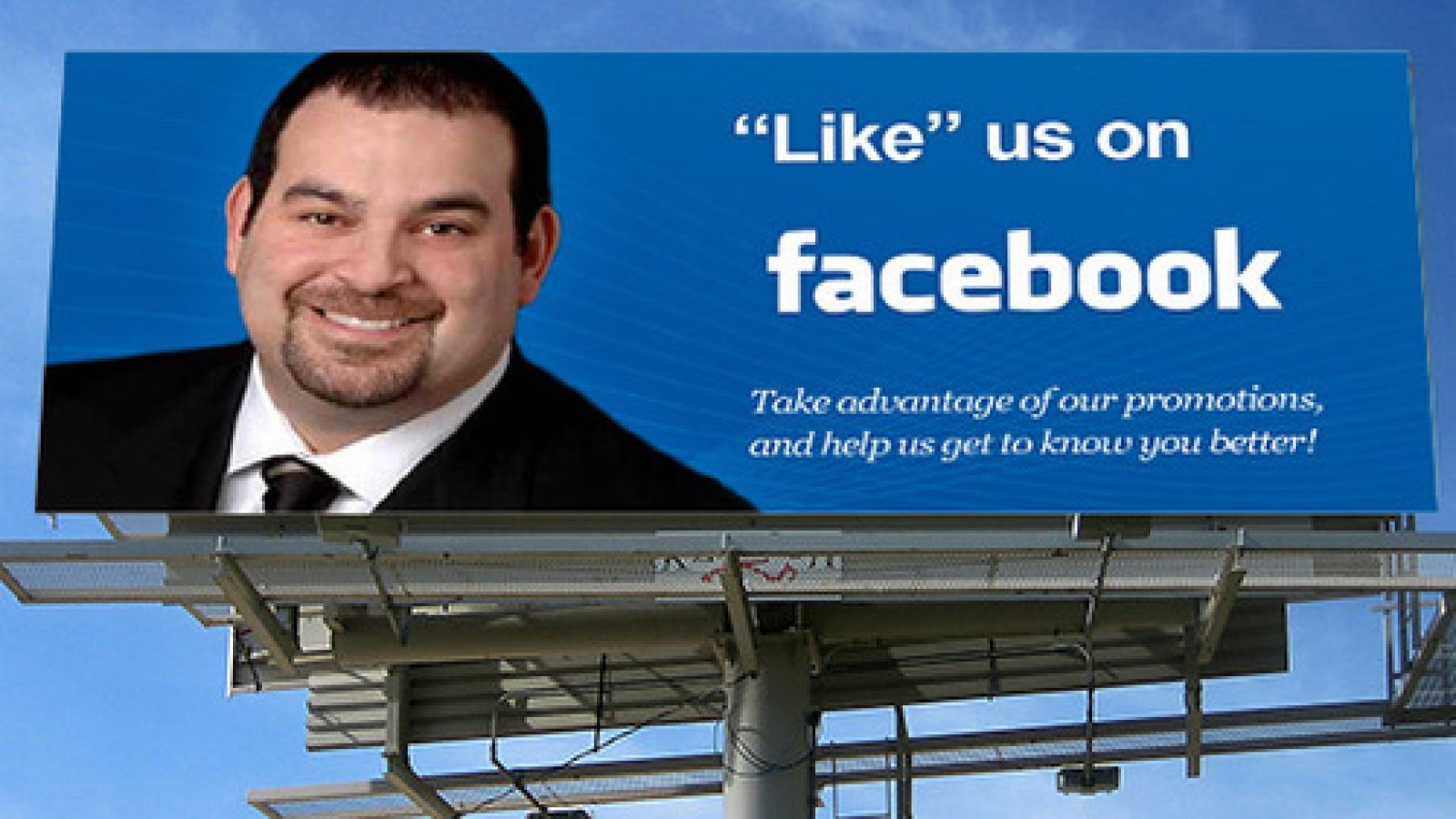 Recently more and more advertisers in Latvia have started to put their Facebook addresses and page names on their outdoor ads. While I’m happy that social networks are becoming more important in the whole marketing hierarchy, these ads got me thinking.

My problem? This is cumbersome. So, there are couple of ways how to promote Facebook page on a billboard:

Now you know why I think that this is too hard to be effective. The user should be able to act on what he sees at that very moment, at that very place. Yet, it is painfully complex process.

This will be fixed by NFC-enabled billboards, but until that moment when NFC technology has become total mainstream, social networks like Facebook, twitter and foursquare should introduce their own systems which can read a tag (QR code, barcode, number or any other symbol or picture in offline environment) and, based on what’s encoded in that tag, point the user to the needed object within the platform via the mobile app.

This is how it might work. For example, I see a McDonalds billboard on a street and it says that McDonalds are giving away 300 cheeseburgers daily via its Latvian Facebook page. Plus, there is a QR code next to Facebook logo.

If I wanted to do it now, it would be a little bit more difficult. Yeah, there are more than one:

While I have used Facebook as an example, this is relevant for other networks as well. I’m looking at you, foursquare, twitter and others! ;)